I decided to play along with the May Make it Prima challenge. Take a look at this super summery color palette: 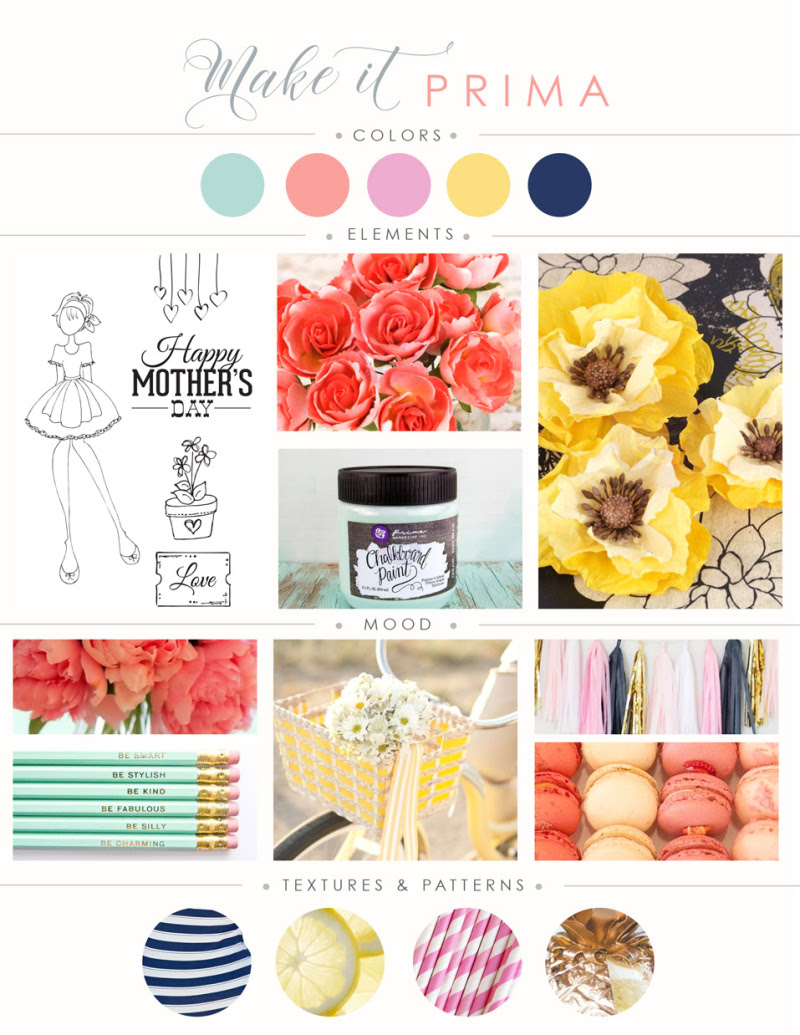 I knew right away that my layout would be beachy, so I used the French Riviera and St, Tropez collection, along with many Prima flowers! 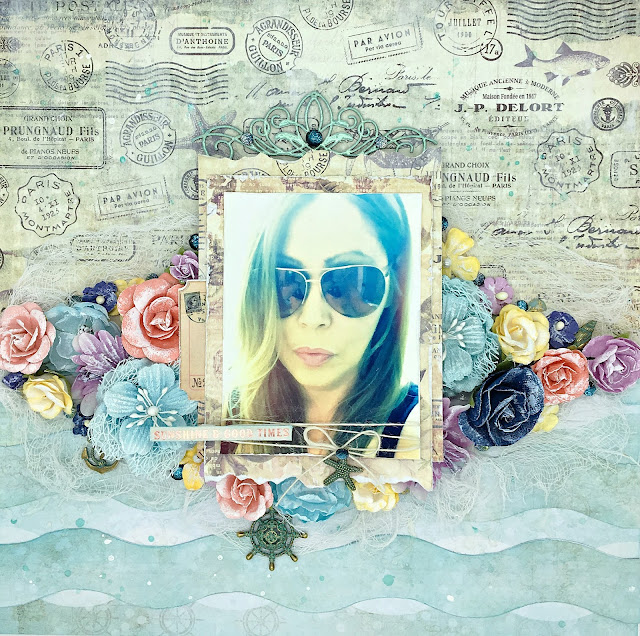 I used more paper scraps from the French Riviera collection to mat the photo , and added some cardboard underneath before gluing it int he middle of the page. I added some twine to the photo, and used a starfish metal trinkets to tie on the twine. The title,  "Sunshine & Good Times" is cut from a piece of the St. Tropez papers.

I added MANY flowers! The light blue ones are from the St. Tropez collection. The rest are older from Bluebell box, Le Mia, and other ones. I gave them all a dry brushing of white gesso. 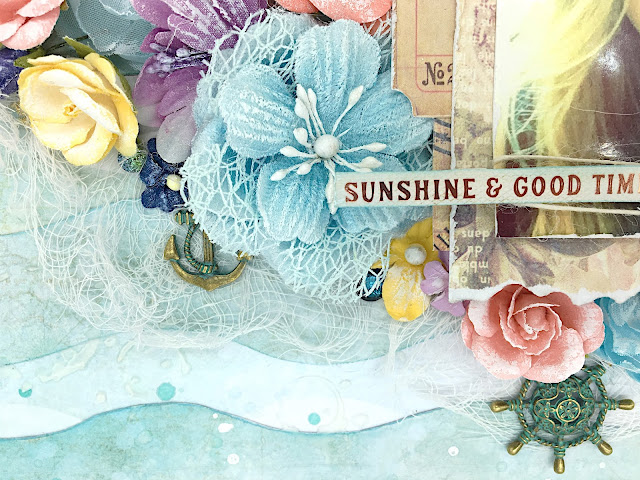 I tucked in some cheesecloth, and then added some Say it in Crystals and metal trinkets, both from the St. Tropez collection. 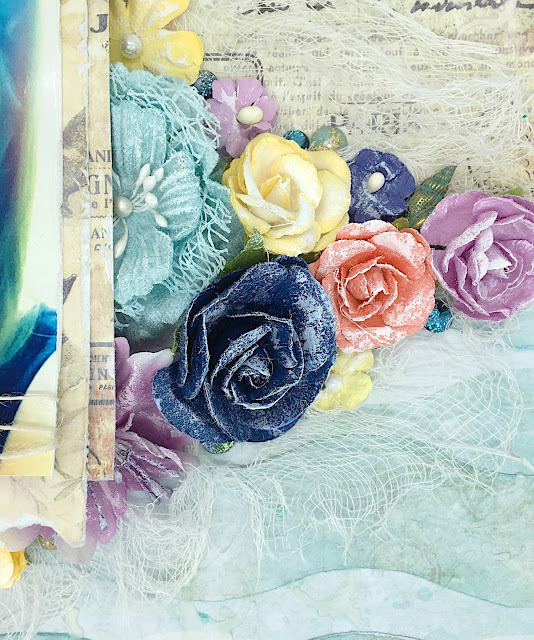 I also added a piece of chipboard that I used some light blue embossing powder on, and added more of the Say it in Crystals as accents. I finished of the layout by lightly licking on some spatters of Color Bloom sprays in Soft Teal, and Frost.

Thanks for taking a peek at my layout!