Hi, everyone. I'm sharing this project I made a couple of weeks ago. I've had this pallet from the Bottle Cap Co. for quite a while now, and I thought it would be perfect for a beachy piece of wall decor, especially the new Prima French Riviera collection! I took these pictures on Imperial Beach in California a few weeks ago of my littles. 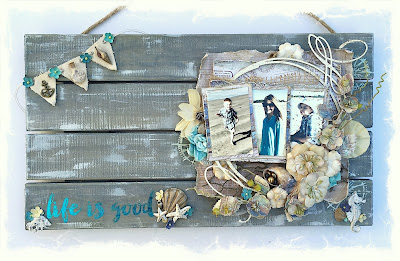 I used a lot of new stuff on this project, but I also pulled out some older things, like that cream flower peeking out from under the photo. It's Prima. This picture also shows some shells- painted gold and also a Prima resin one from a couple of years ago. 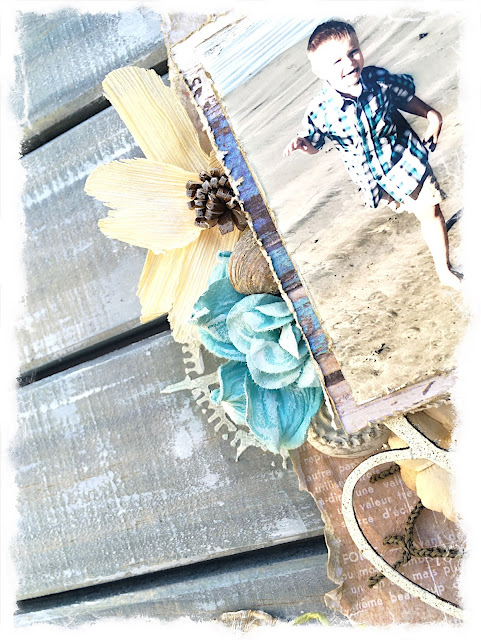 I added lots of paper layers, and also some burlap and netting for extra texture. These flowers in this closeup are from the French Riviera collection. The shell was an extra from an album I made at Art Venture in January. It's painted with crackle paint, gold acrylic, then dusted with the Prima artisan powders, and then filled with pearls. 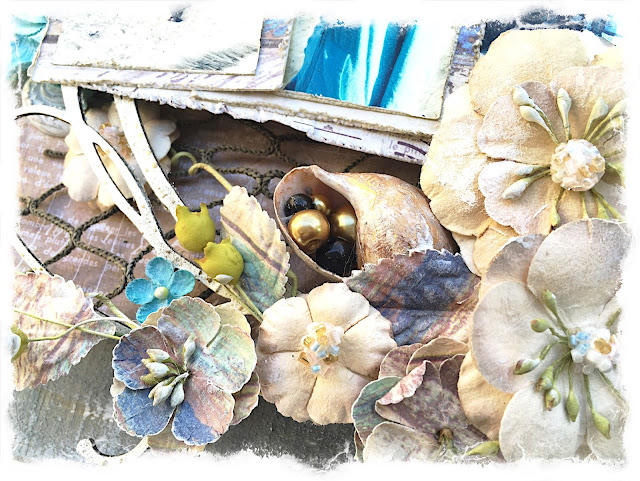 Another closeup of the layers. That frame is chipboard from Blue Fern Studios. I used Stampendous Frantage Aged Ivory embossing powder. I LOVE that stuff!

You can also see some stenciling peeking out under the layers there. I used a Joggles stencil with some white crackle paste, then kissed it with a light blue chalk ink to tone it down. 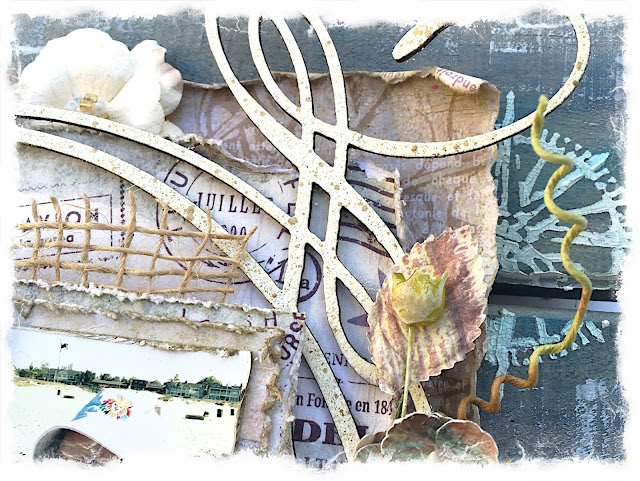 Here's a closeup of a little cluster that I wasn't really intending to add, but I made a little mess/mistake with the crackle paste, and it needed to be covered. 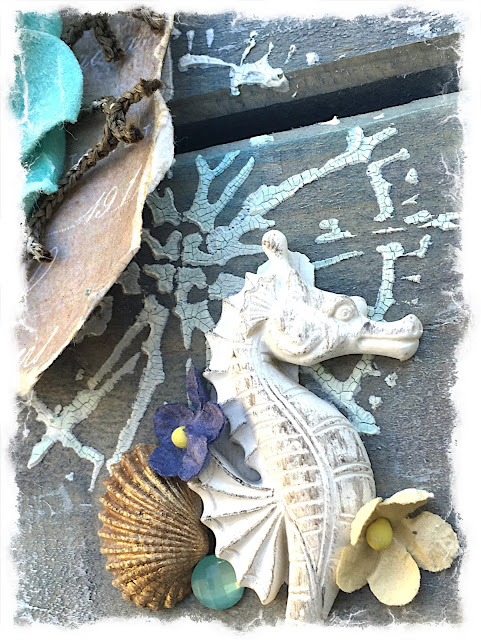 Banners seem kind of natural on a beachy project, and I wanted to highlight that little bottle of sand, so I added them to the left corner. The banners are old- from Maya Road. The anchor and bottle are from the French Riviera ephemera pack. I filled the bottle up with sand I brought back from the beach. 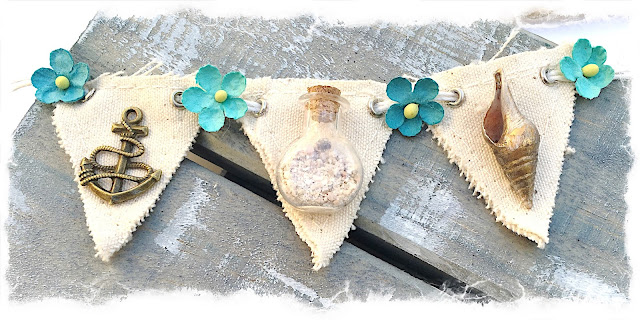 The title is the Prima adhesive rub ons with the blue foil adhered to it.

Thanks for checking out my project!