I can't really say why, but I have a fear of red being the main color on a layout. I can pair it with another color, but I do not prefer to have it be the primary color. I didn't really think much about this until I opened the September Swirlydoos kit, Mon Amour. I admit it: I kind of panicked!
So, I started out with Jannike's "No Patterned Paper" challenge, and this is the result: 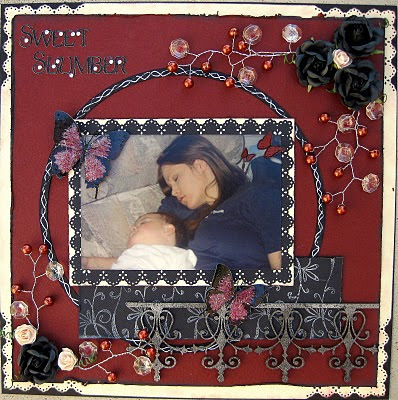 I had three different shades of red on there, and it made me a little uncomfortable.
This is a pic of my little ones taken about five years ago. I had this printed at Costco that long ago, and I thought it might go nicely with the kit. I have never used brown and red together, but I like the effect. 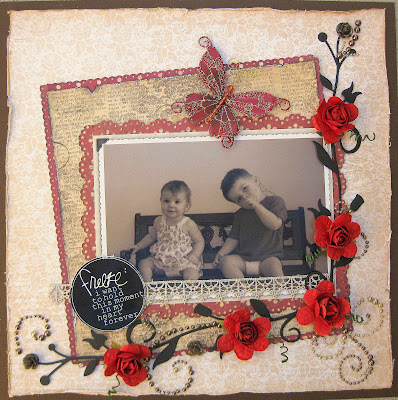 I used a Beggahuna sketch. I decided that I was done with the kit because I wasn't really enjoying the creative process that it took to wade through my fear of red! 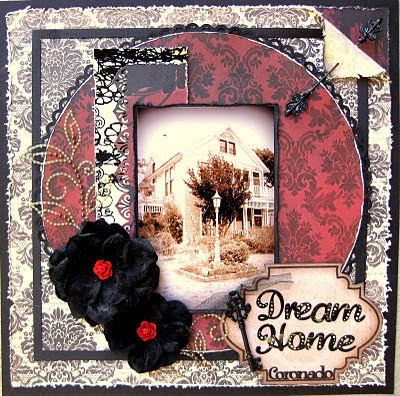 But, not using a kit really isn't my style. I decided to bust it out for the October Round Robin challenge, and this time, I think I found my groove with red. I was surprised with how easy it was to come up with this layout. I guess it's had to use pictures of the kids and red- it looks too formal to me. But my other types of pictures seem to work with red. I hope I get up the courage to use it again!
The stick pin is from Karen Foster, and the black velvet roses are from Petaloo; I put tiny prima roses in the middle. The pearl flourish is from Zva Creative.